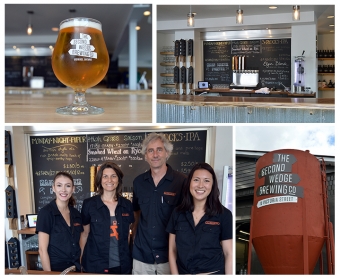 I wanted to share a 'little' something I wrote about one of this year's Uxbridge Studio Tour sponsors. I love the passionate community spirit that's exemplified by The Second Wedge Brewing Company and The Uxbridge Studio Tour. Craft beer and art...a match made in heaven!

OK, so maybe I’m biased since I’m a huge craft beer fan but the opening of The Second Wedge Brewing Co. in Uxbridge was possibly THE most exciting Uxbridge event of 2016 (so far).

Not just another place to hang out, The Second Wedge Brewing Co. has given Uxbridge a stylish and artsy destination for visitors and locals alike. Perfectly situated at 14 Victoria Street the brewery is in the heart of historic Uxbridge, nestled behind the old railway station. This prime location encourages locals to walk (or ride bikes) to get there, but is also easy to find for those visiting town. Their website says it beautifully “We’re a walkable neighborhood brewery right in downtown Uxbridge — a beautiful, comfortable space to gather, learn and taste something new.”

It’s difficult to know where to start when trying to describe The Second Wedge (as I will call it for short). Do I begin with the stunning interior and exterior design, the local-focused business philosophy, their unique selection of beers, or even the wonderful welcoming staff and management? There’s just so much to say.

Alright, it’s a brewery so let’s start with the beer. Co-founder Joanne Richter kindly took some time out of her busy day to tell me a bit about the brewery and the creation of their wonderful selection of beers. My first question was how do you and co-founder Rob Garrard create these delicious beers? “Rob and I have always loved cooking and pairing different beers with the different dishes. We enjoy critiquing each dish, then working together to tweak recipes, and experiment with flavours.” It felt natural for them to move from creating wonderful dinner recipes to working with the highly skilled and experienced brewer Doug Warren to create wonderful beers. Joanne can’t say enough about Doug Warren. “He has over 25 years of expertise, and all of the technical skills required to run a full-size brewing operation. That, combined with his creativity and great palate, makes him a perfect fit for our brewery.” At this point I could begin describing the flavours of each beer in painstaking detail but I’m just not up to the task. BUT I know a team of experts who are.

Friendly, charming, professional, and knowledgeable are just a few ways to describe Rob Garrard and his team behind the bar of The Second Wedge’s tasting room. Each and every person at The Second Wedge is ready with a smile and delighted to tell you about the different beers they have available. Training is key. Visitors to the brewery are treated to a friendly introduction to the different varieties when they order their first paddle (selection of small tasting samples), and questions are always welcome. Not sure which beer you should try first? Rob, Joanne, or any one of their staff would be happy to help you decide which beer might be just the right choice for you.

So, now I’ve introduced you to the great Second Wedge people, and I hope I’ve given you just enough info about the beer that you’ll want to go and try a few for yourself, that leaves the local-first philosophy of The Second Wedge Brewing Co. and the stunning interior/exterior design of the brewery itself. Frankly, those two points go hand-in-hand.

Joanne and Rob were adamant that their business would be focused on Uxbridge, its people, its businesses, and its beautiful surroundings. They took that Uxbridge-focused philosophy and wove it into every aspect of The Second Wedge. Each craft beer is named with a nod to such things as the local Monday night bagpipe lessons, the beautiful Uxbridge trail system, and the local love of cycling. But more than that, when they were ready to bring their dream of a craft brewery to life they turned to local artists and craftspeople to make it happen.

Very into visual arts and design, Joanne and Rob knew the aesthetic they were looking for, found a great designer, and set to work. Interior designer Lori de Grace, creator of Uxbridge’s Studio on the Hill, was a key player regarding the décor of the bottle shop and tasting room. It was Lori who introduced Rob and Joanne to Uxbridge Studio Tour’s Jeff Baker. Jeff created the incredible live-edge bar that is central to the tasting room as well as the bar taps and many of the signature pieces around the room. But he wasn’t content to stop at the interior space.

Jeff joined forces with the team at Foggy River Farm, including the outstanding landscape architect Phillip Collins. Soon the vision that stemmed from Joanne and Rob was mapped out and expanded upon by Phil. The Foggy River Farm’s focus on restorative farming and food plants as landscaping added an exciting twist to the project.  And of course, Jeff’s stunning craftsmanship added structure to the project.  The team worked tirelessly for weeks until finally the big day arrived!!!

On June 5, 2016, The Second Wedge Brewing Co. had their official Grand Opening! The place was jumping! Live music was provided by Darrin Davis & Jeff Haynes in the afternoon, followed by Pawns and finally Union Duke for the evening crowd. In the afternoon when I was there the stunning beer garden was filled with laughing children, beer-sipping adults, dogs with wagging tails, and food! (Lots and lots of food!). It seemed like all of Uxbridge was there to celebrate the brewery opening—business, residents, and pets alike. It was a wholehearted community event!

There is still so much more I haven’t mentioned. I could go on for pages about the locally created t-shirts with the fun graphics, the fundraisers, the tour groups, the dogs, the bike racks, and enormous sense of community spirit that this wonderful craft brewery embraces, but far better would be for you to drop in and experience it for yourself. I know you’ll love it as much as I do.

The Uxbridge Studio Tour whole-heartedly thanks The Second Wedge Brewing Co. for being one of our 2016 sponsors, and offers our sincere good wishes for your continued success.

To learn more about The Second Wedge Brewing Co. visit their website at www.thesecondwedge.ca

We are thrilled to be taking part once again in the Uxbridge Studio Tour, and what a lineup of guest artists we have! Visit us Sept 17 -18 to see the spectacular leather work of Chandra Cutter, one-of-a-kind jewellery from Kim Price, and outstanding aboriginal fine art from Donald Chrétien - as well as our latest salvaged material pieces!! 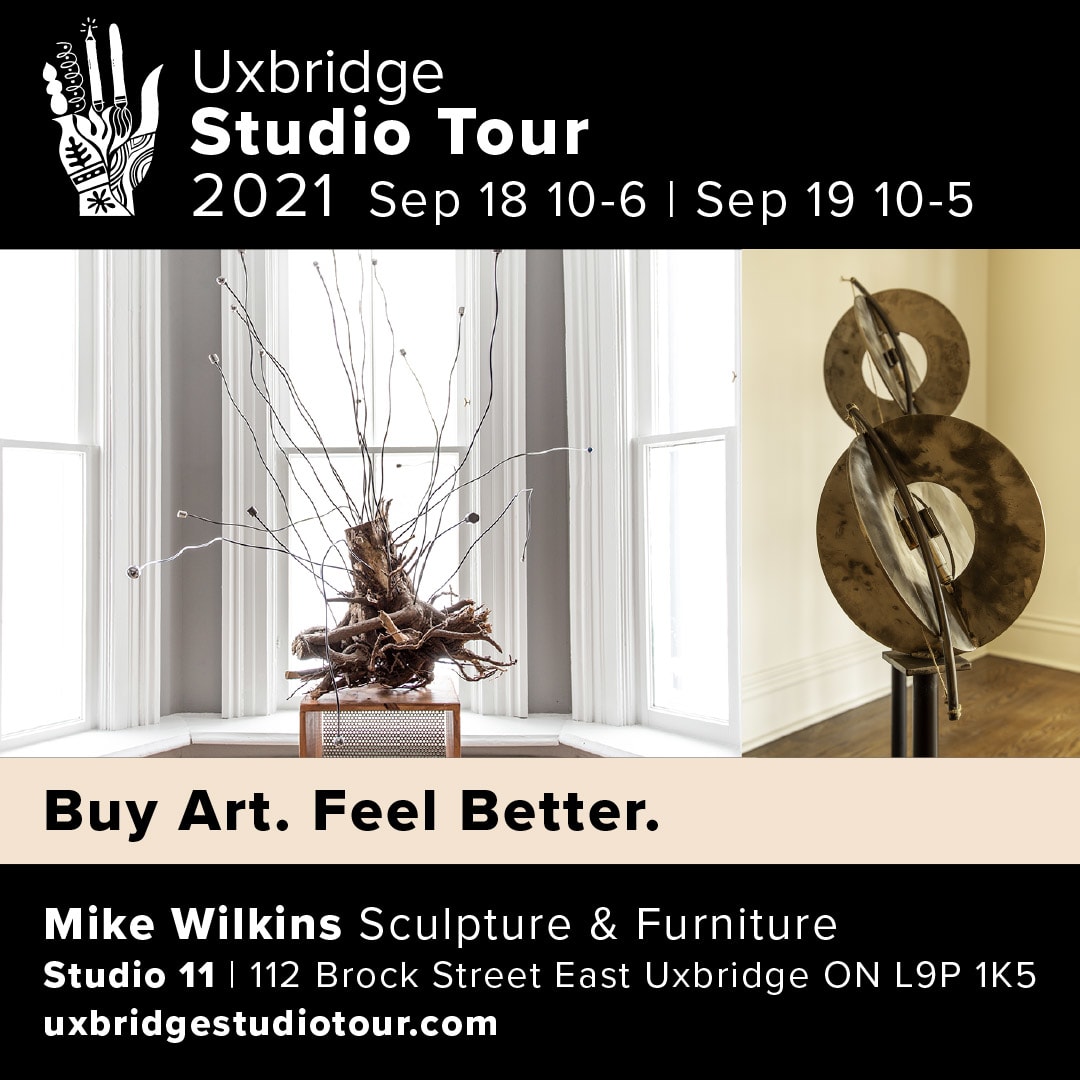 We hope to see you this September!

Drop by to browse our one-of-a-kind functional and sculptural pieces. See some of our latest pieces here.